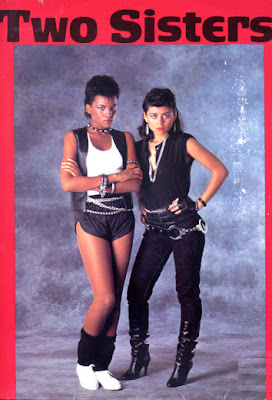 Two Sisters were one of the original electro groups.
They released an album called "Two Sisters" on SugarScoop Records.
They were produced by Man Parrish.
Their biggest record was "B Boys Beware" which featured MC G.L.O.B.E. from The Soul Sonic Force. Other tracks include "High Noon", "Destiny", and "Scratch This".
"Pop Lock This Rock (To the Top)" was also on the High Noon EP.