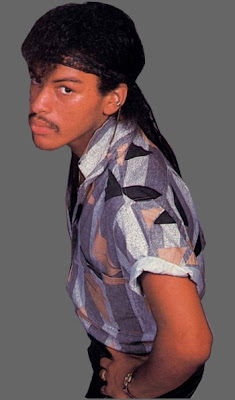 One of the pioneers of the West Coast Electro and DJ Scene, and one of the founding fathers of Gangsta Rap, Arabian Prince entered the DJ/Music scene in 1981 while in high school mixing and producing. He produced and performed many West Coast Electro hits, including Innovator, Panic Zone (NWA)and JJ Fad's Supersonic. Also known as DJ Professor X he recorded electro funk hits like Professor X Saga.

During his early DJ days he DJ'd with Egyptian Lover and Dr Dre rocking party people in Los Angeles with crowds up to 10,000 people. He later joined forces with Dr Dre to form the Multi-Platinum selling group NWA.