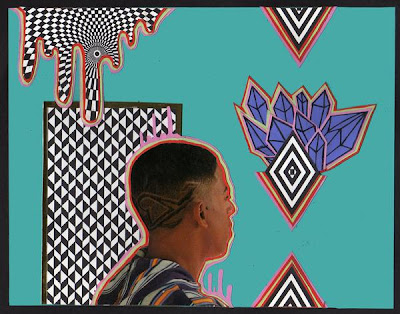 This an awesome mix ripped off of an old Disco 45 lp. I retrieved this from the now defunkt mastermix.org A web site designed and maintained by Rich Colour, a brit b-boy who spent his formative years glued to UK pirate radio, mastering the art of the tape edit.The Mastermix site offered an absolute shed-load of classic mastermixes from the 1980s, and from what I could gather, all caught by Rich himself, ‘close to the edit’. For those who don’t know, the mastermix is a series of tracks compressed into a relatively short space of time, usually populated with one-shot samples and, 20-odd years ago, some very primitive scratching (if you were lucky). The music was predominantly hip hop, but also strayed into house, techno and other styles. The format suited radio play, and I imagine that DJs of the time would often set a mastermix off, probably knowing full well they had plenty of time to nip outside for a cigarette or to take a leak! The mastermix found a home on mainstream as well as pirate broadcasts, and both sides of the atlantic were hungry to take up the quick-fire method of effectively shoe-horning a full show’s worth of selections into a tight section packed with mixing flair.
Rich Colour was forced to dismantle his hosting site after the demand for these rare mixes spread across the internet and overwhelmed his server.

SO - now about this track, unfortunately there's no tracklisting, but plenty of that unmistakeable mid-eighties soulful sound that was on every dial in the land back in the day.

“Saw an ad for this 12-inch white label in the back of ‘Blues and Soul’ magazine, circa 1985. Low quality bootleg pressing, so it required a good deal of cleaning up. On the record are three unknown, unnamed, anonymous mastermixes. Here’s the first one, hereby known as the ‘Jam On It’ mix as it takes the Newcleus electro track as it’s foundation break.”


For those of you who like this sort of thing, I will be re-posting these mixes over time on my blog. Stay tuned - enjoy this mix
Posted by tommy boy at 9:57 AM